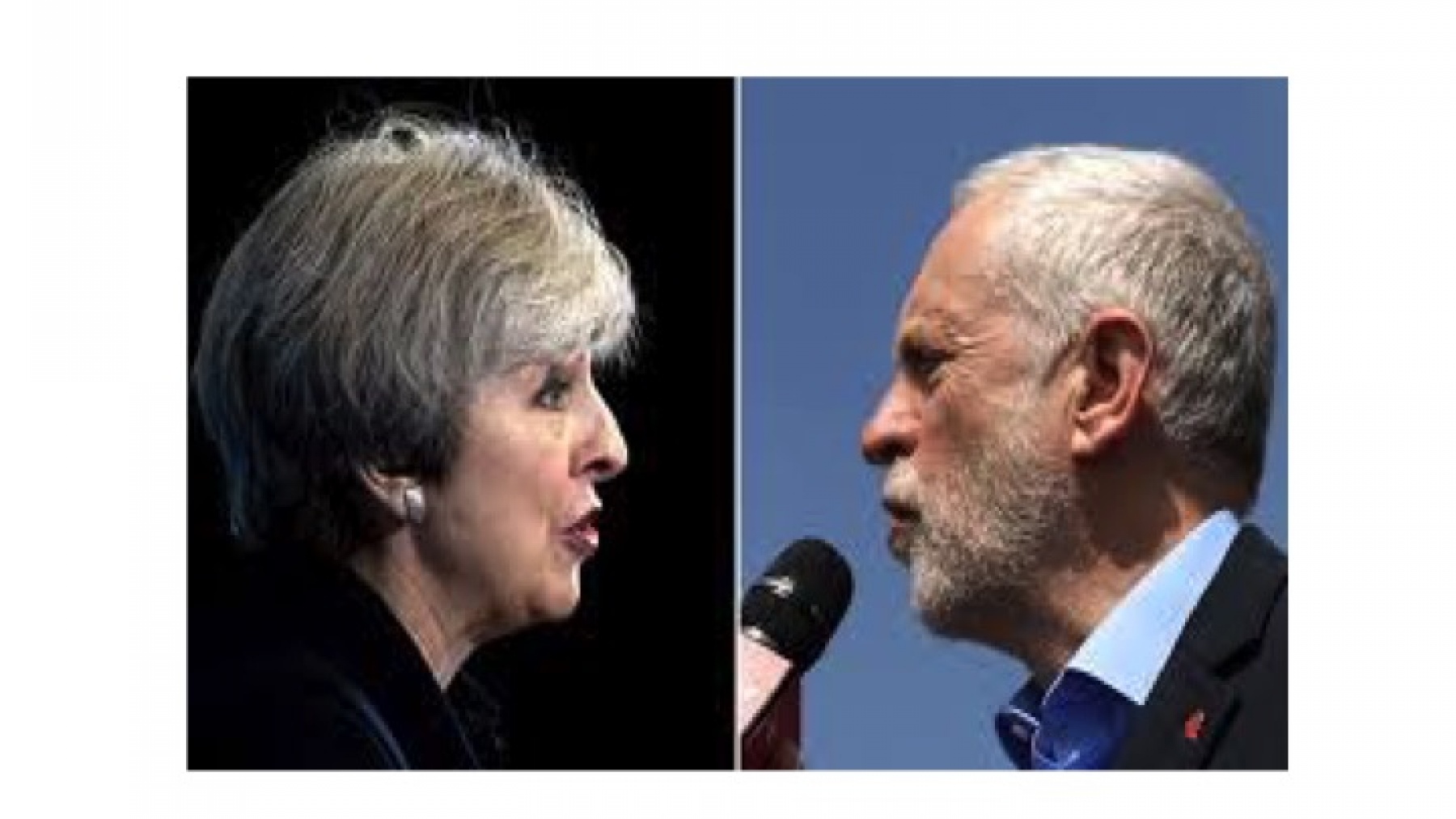 For the UK elections on June 8th, communication or non-communication  played a massive part in the result. He would say that, says you. Well this time I really believe it to be true. May’s traditional ‘maybot” strong and stable, which soon translated to dull and tired versus Corbyn’s initially shambolic but increasingly confident normal guy. As regards the way it relates to business communication, particularly leaders, then there is much we can learn.

There was a logic to May’s style. When a country is fearful and insecure post Brexit, financial crash, and dealing with terrorism, then they usually want a more traditional leader. Hence, she set herself up as unbending, humourless, distant and strong. It should have worked. What pretty much no one saw, was the massive upswing, aided by social media, for Corbyn.

Until the election campaign began his selling point was normal, nice guy head-of-geography-department sort-of-thing. Apart from with his hard-core liberal middle class, student and old labour voters, this didn’t wash. In fact a number of traditional labours voters literally said “He could do with clean behind the ears.” He was seen as indecisive, woolly, a bit weird, unkempt and an intellectual. Not one of them and not crucially the sort of person they’d like to run the country.

The truth is governing a country is mostly about events and voters know this. You can have the best policies but how you deal with events is what matters. This is a hard one for a politician who’s never been PM to prove. We don’t know how they will react to world events, so we have to rely on past evidence which is probably a bit sketchy. This should have given May a huge advantage. We’d seen her in action. Stuffy, hard-nosed, arrogant and irritating. Just the sort of person a huge swathe of the country wanted to take us forward in negotiations with the Europeans.

So it is truly astonishing, given just how unpopular Corbyn was at the start of the election, that she lost her majority.

So what went right for Corbyn and wrong for May. When I work with leaders on a speech or presentation, I try to get them to have a conversation, to accept the offer of the moment and their audience. This is something Corbyn was brilliant at. He loves debate, he adores politics and so he is genuinely open to the offer of his audience. He is relaxed and understands that communication cannot be perfect and that you cannot control your audience.

Teresa May though, was the opposite. And incidentally this is a style aped by the majority of business leaders. She was closed, didn’t really  listen to questions and her speeches and style were desperately manufactured and defensive. May’s advisors got it horribly wrong.

May, despite appearances during this election is a human being. She is shy and awkward, she has a huge brain and is no fool. She also rather likes to dress up. Watch her on election night. Suddenly, she lost a bit of the maybot and we saw her wearing a fun if alarming orange outfit and bright red lipstick and loads of foundation. It was almost as if she was saying “f*** it, I don’t have to be boring anymore.” In fact on Monday night, after genuinely apologising, listening, showing real emotion to the 1922 committee, one Tory MP told the BBC, “The Maybot was gone. If only she’d done this during the election we’d have walked it”

During the election she used deadly corporate phrases that sounded powerful and leader-like on the page but in the reality TV and Facebook era came across as dull, unthinking and phony. So with Teresa May, I would have looked to build her confidence in Q&A, to trust in herself more, to allow herself to be a little more flawed. So much corporate coaching is around looking like a “leader,”, whatever that’s supposed to be. “Stand tall, feet apart, eye the room, use strong words, don’t make any mistakes. Be a bastard. Then all will worship thee.” It’s awful and about 30 years behind the times.

Yes keep genuine strength and character but lose the dull and manufactured. Her advisors knew some of this – and there were cringe making attempts to have her interviewed with her husband, the rather charming Phil. She was terrified of making mistakes and so almost unable to answer simple questions. A bit like a terrified England striker in a top tournament. Fear of failure is so all encompassing they miss the open goal.

So in baby steps, advisors could have built her confidence in just listening, trusting and answering the question. Then watching as the world doesn’t suddenly implode as you give authentic, honest, occasionally flawed and a human response.

In improv, we talk about the building blocks of communication, Trust, Accept, Listen and Commit. She didn’t trust herself or the audience, she didn’t accept and build on any situation and try and create flow, she faked listening and only committed when she was sure it was a soundbite. Imagine, if she’d been even 20% better in these areas. It would have been a massive improvement. Plus she would have been authentically stronger and more stable. In Brene Browns brilliant “Daring Greatly,” she talks about the strength of appearing vulnerable, opening up, letting others in. Revealing emotion takes more not less courage.

Corbyn clearly did well. He grew in confidence. He is spectacularly good at being (never mind appearing) calm. However, contrary to a lot of commentators, I think he could have done better still.  Labour still lost the election, failing to win seats like Stoke and Copeland. Two massively working class areas. A labour candidate in a poorer area of Leeds was told not to bother canvassing the working class council estates but to focus on the students and middle classes.

He is still seen by potential supporters who have turned Tory or UKIP or not voted, as a bit weird, a bit too much like the well-meaning geography teacher.

I always ask speakers to put themselves in their audience’s shoes. Let’s say those hard to reach northern traditional voters. They want him to be less waffily and intellectual and indirect. They want his message to be simple and strong. Interestingly, as the election progressed we saw more photos of Corbyn from his protest days – being arrested outside the South African embassy (where his well ironed 80s slacks slightly spoilt the image).  So I would find a few more photos of Corbyn passionately  fighting for the workers (we already know he’s very left wing but we don’t know he was actually a bit of a hardnut in his youth and is almost foolishly courageous).

I think his advisors helped him start this journey. To succeed he mustn’t lose what he has – but emphasise another side of his character. He wore a good quality suit, red silk tie – gone was the nerdy tweed jacket. We saw him be genuinely angry rather than the “I’m very angry about this” while looking perfectly rational. His hand gestures were more defined, his voice louder and more assertive. Being authentic, does not mean being wishy washy. As human beings we change our behaviour to different situations and scenarios. I’m quite different when with friends and family than I am with clients. I hope I’m authentic with both, but Jack with his 6 year old son is not the same as Jack with 60 year old CEO. When working with clients on big pitches this can be a huge step for some speakers. Just because you’d rather not be there does not mean it is authentic to avoid eye contact, mumble and look cross (scared). They want to see the enthusiastic, passionate side of your personality.

For the next election, I would try and put Corbyn in scenarios where, a bit like Macron with the Whirlpool workers in Amiens , we see him rolling up his sleeves and manning up. Why?

Because, we vote for leaders not just manifestos (even ones as game changingly eye catching as labour’s). There’s been a lot of comparisons recently between Corbyn and Bernie Sanders. However Sanders does passion, anger and belligerence rather well. We can imagine him going head to head with Putin. I’m still not sure we can say the same yet about Corbyn.

So a speech along the line of, to paraphrase Queen Elizabeth 1, “I may have the  body of a weak and feeble Fabian, but I have the heart of an Englishman” will go down a storm. Keep authentic and honourable and emphasise your courage.

He’s started that journey he now needs to complete it. Will he, can he? In the next six months we’ll probably find out.